The first step in determining why your car or truck is not starting is often to have the battery tested. An auto repair shop can test the battery with a machine that will check the battery's voltage, the amps available in the battery, and the cold-cranking amps when the battery is put under stress.

If the battery is good, the problem is often somewhere else in the charging system, and replacing the battery will not do anything to fix the problem. Often people change the battery and then, in a few days, have a brand new battery that is dead because it is not getting charged adequately.

Once the battery test is complete, the tech at the shop will help you determine what your next step should be.

The next logical step is to test the changing system in the car and determine if it is putting out enough power to charge the battery and sustain the engine running simultaneously. This test requires a special machine that the tech can use to read the alternator's power output at different RPMs and under loaded and unloaded conditions.

If the alternator is not putting out enough power to charge the battery and run the electrical system in the car at the same time, it can be a sign of a problem with the voltage regulator inside the alternator, and the tech should remove the unit and bench-test it to pinpoint the issue.

Most modern cars with alternator issues require replacing the unit to fix the problem. While they can be disassembled and parts inside replaced, it is difficult to do and even harder to get the parts to do it right, so it is often easier for the auto repair shop to install a new one for you.

Sometimes the belt that drives the alternator may be loose and slipping on the pulleys. While it is rare for that to happen enough to cause limited charging without the belt squealing, it can happen. Checking the condition of the belt and making sure it is tight is essential.

The auto repair tech will often check the belt, the connections on the battery, and the alternator's connections when they are testing the charging system to make sure that everything is in good shape and is not causing the problem. 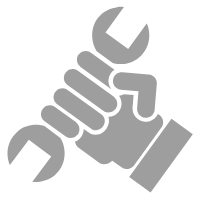 Does Your Vehicle Require Windshield Replacement? Here's Why You Should Consider Mobile Services
15 December 2022
The condition of your car's windshield is crucial to your safety. Therefore, if your vehicle is parked at home with a severely damaged windshield, you …